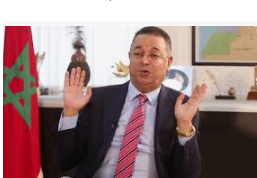 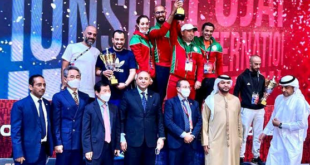 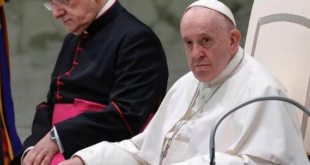 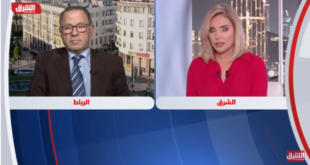 On November 13th, the Moroccan army evacuated the Guerguerat crossing, located in the buffer zone on the Moroccan-Mauritanian border; the border crossing point which had been  occupied for three weeks by a group of civilians coming from the Tindouf camps in Algeria, and lead by armed elements from the Polisario militia, is a strategic trade route that serves food and other goods to markets in Mauritania, Mali and other countries in West Africa. The “illegal occupation”, according to quite a few observers[1], brought to a halt the free movement of goods and persons between Europe and North Africa on the one hand, and Mauritania and West Africa on the other.

What the same observers did not understand was the silence of Algeria, the sponsor and financier of the Polisario for forty-five years, with regard to the Polisario’s breach of the ceasefire agreement and violation of international law.[4] Is it because Algeria hopes to use Western Sahara events to steer attention away from its internal problems, as Ricardo Sanchez Serra had noted before?[5] Or was it hoping, strangely enough, to reap diplomatic benefits from the stalemate around the Guerguerat? Nobody knows; what is certain is that Algeria must be embarrassed to see its protégé guerrilla scolded for breaking international law. Algeria’s call for the two parties to cease military action and to adopt restraint[6] sounds like a diplomatic Chutzpah: everybody knows that the Polisario cannot act alone, i.e. without sponsoring from Algiers, and yet the Algerian Government deplores the escalation in Guerguerat and calls for restraint.

Why did the same observers, mentioned above, consider Polisario’s occupation of the buffer zone and blocking of cross-border trade illegal by virtue of international law? Firstly, because the ceasefire agreement of September 6, 1991 includes buffer zones on the eastern and southern borders of the Sahara, that should remain demilitarized, and that no party should engage in any activity that would change the status quo therein.[7] The Guerguerat Pass is located on the demilitarized border strip between Morocco and Mauritania. The Polisario has repeatedly violated this principle in the ceasefire agreement, calling the demilitarized areas east of the berm (the 2700 Km-long military wall built by the Moroccan Army between 1980 and 1987) “liberated territories”[8] and establishing some buildings and organizing activities therein. The United Nations has intervened several times over the past decade to urge the Polisario to respect the ceasefire agreement and withdraw from the buffer zones. The occupation of the Guerguerat in the southern buffer zone was the last straw that broke the camel’s back: according to UN officials, who preferred not to be named name, “the Polisario action was in flagrant contradiction to the ceasefire agreement and a clear violation of international law.” The same source reiterated that the “irresponsible action by the Polisario” would harm the free movement of goods and people, and create disruptions in markets in Mauritania, the Sahel states and West Africa. I think, myself, that it has also put in jeopardy the whole political process. Morocco, as can be read from its King’s telephone conversation with the Secretary General of the UN on November 16, 2020[9] reiterated its commitments to the political process, but almost made it clear that the only real parties to the conflict are Algeria and Morocco.

The question that baffles observers is why the Polisario the leadership engaged in such “adventurous and irresponsible” acts, putting at risk the cease-fire agreement,  and undermining the peace process? I think that the Polisario (aided by Algeria) felt the heat of the many successes Morocco scored over the last few years, and overreacted. More than fifty  countries have withdrawn their recognition the Sahrawi  Arab Democratic Republic (SADR), most probably realizing that it is a “hoax republic” existing only in the minds of the Polisario leadership and its Algerian sponsors. On the other hand, recognition of Moroccan sovereignty over Western Sahara knew a striking boost recently with the opening of sixteen African and Arab states consulates in the Sahrawi cities of Laayoune and Dakhla.[10]

What might have angered the Polsiario (and Algeria) is the most recent (2019) signature of the Fisheries and Agriculture Accords between the European Union and Morocco and the approval thereof by the European Parliament; Western Sahara products have been included in both accords, which might be read as a tacit recognition of Morocco’s sovereignty over the territory.[11] Add to this the US Congress’s bill (and President Obama signing of it in 2014) to allow US aid to Morocco to include the Sahara as well,[12] a bill that has been readopted ever since then.

Morocco’s adoption, since 2015, of a plan for the Sahara[13] whereby it has been investing more than $ 8 billion for the development of the region, and which, 5 years later, seems to have a transformative effect on Western Sahara[14] , is a source of frustration, anger and apprehension on the part of both Algeria and the Polisario.[15] In addition, Morocco’s recent decision to delimit its maritime borders and its intention to exploit the continental shelf that extends from the shores of Western Sahara to the south of the Canary Islands, with possible partnership with Spain, also means that Morocco is de facto and irreversibly solidifying its claim on what it calls its “southern provinces”.[16]

While Morocco is continuing to assert its sovereignty over Western Sahara, Algeria and the Polisario seem to have used up all their cards, from demanding that the UN mission (MINURSO) monitor human rights in the Sahara, to pressuring the European Union so that the agreements with Morocco do not include Western Sahara products. The only  window left was the Guerguerat crossing point whereby the Polisario miscalculated that it could  pressure the international community and Morocco via the disruption of the free movement of people and trade with West Africa. Will the Moroccan intervention–to clear the Guerguerat crossing point and allow traffic and trade to resume– have an impact on the ceasefire agreement? I do not think so. The 1991 agreement had come to consecrate a military situation on the ground in which Morocco had already decided the war in its favor after the completion of the construction of the BERM, the military defensive wall, in 1987.[17] After this, the Polisario attacks became a form of small-scale  operations here and there that had no impact on the military situation on the ground. Secondly, I do not think that Algeria, mired in economic and political crises, is ready to fund a war led by the Polisario, especially that this would have an impact on its security on the western front, while it is experiencing difficulties on its southern and eastern borders with Mali and Libya respectively.[18] And in the event of a war, some observers think that Morocco will emerge victorious due to the high readiness of its army. [19] Moreover, the Moroccan army enjoys high popular support among Moroccans as could be noted in the “scenes” of furor, patriotism, and support for the army in the social media these last days.[20]

The Polisario may carry out some symbolic operations here and there, trying to save face,[21] after which it will end up accepting the new situation whereby Morocco will have the responsibility of organizing traffic and the free movement of goods and people through the Guerguarat crossing point.
Finally, all of this means that there is no alternative to searching for durable solutions that guarantee Morocco its sovereignty rights over the Western Sahara, while recognizing the right of the Saharawi populations to some form of autonomy within the Moroccan state.[22] While the option of referendum is now outdated[23], it is important for the parties to think creatively and come up with innovative solutions that will end the suffering of the sequestrated populations in Tindouf Camps.[24] According to a Moroccan official who preferred not to be named, Morocco is ready to accept the current situation as it is and live with the status quo for decades, but the tragedy of the Moroccan Sahrawis warehoused in Tindouf (Algeria) by the Polisario is not only inacceptable, but is “a shameful reminder that the parties to the conflict should think unity and integration, rather than secession and dissent. That is the only way we could give hope to everyone.”

[4] Daniel Abascal, “Morocco Sees the UN Resolution on the Sahara as a Message of Clarity, Firmness and Constancy”, Altayar, Between Two Shores, November 1, 2020.

[12] Morocco on the Move, “Congressional Support for US Aid in Western Sahar,” https://moroccoonthemove.com/wp-content/uploads/2014/02/FS_CongressionalSupport16May2017.pdf

[16] See Lahcen Haddad, “Dimensions of Morocco’s Demarcation of its Maritime Borders and the Inevitability of Dialogue with Spain”, (in Arabic), Asharq Al-Awsat, February 10, 2020).

[23] Samir Bennis, “Western Sahara: Why the Referendum Has Been Impossible Since Day One,” Morocco World News, April 15, 2016. 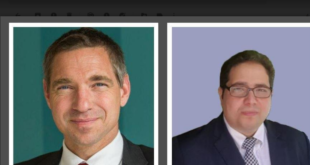